Is this the year of the first home buyers? 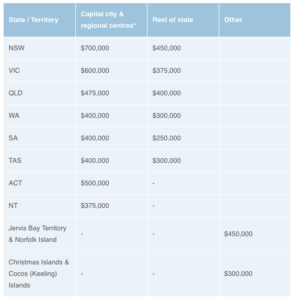 Many first home buyers now have access to a new government scheme that could get them into their first homes years sooner.

Housing affordability is a key challenge for many younger people who are struggling to get into the housing market. Despite historically high house prices levelling out and lower interest rates, flat income growth and tighter lending practises haven’t helped people get a foot in the door.

This could all change this year.

Supporting first home buyers to get into their own homes is something the Federal Government is very keen to do. So, it has established a new way to help. It’s called the First Home Loan Deposit Scheme and it offers loan guarantees for first home buyers who have saved as little as five per cent of the purchase price as a deposit.

In general, lenders like potential borrowers to have a deposit of 20 per cent. If they have less than that, the borrower will have to pay Lenders Mortgage Insurance (LMI), which adds to the cost of a loan.

The way the new scheme works is this: if you have 5 per cent of the cost of the home saved, the government will guarantee 15 per cent of the loan to take you up to the traditional 20 per cent deposit. You still have to borrow the 95 per cent that you have not saved for, but it helps a first home buyer look like a safer bet in the eyes of the lenders, in turn buying a home sooner by allowing them to access a loan under the scheme from participating lenders.

Not all lenders are taking part in the scheme so talk to me about which lenders are on board.

Who qualifies and how will it work?

If you’re a single person earning up to $125,000 a year, or a couple with a combined income of up to $200,000, and you’ve saved at least 5 per cent of the value of the home you’d like to buy, you may be eligible for the First Home Loan Deposit Scheme.

To make it possible, the government is setting aside $500 million to guarantee loans up to a value of 20 per cent of the home. Because buyers won’t have to save the full 20 per cent, they’ll be able to get into a home sooner. Buyers may also save thousands by avoiding LMI.

Support is being aimed at entry level properties, the value of which varies from place to place. The threshold on the value of the homes the scheme can be used for is different from state to state, and between cities and the country areas.

* The capital city threshold also applies to regional centres with a population over 250,000 which includes the Gold Coast, Newcastle and Lake Macquarie, the Sunshine Coast, Illawarra (Wollongong) and Geelong.

The easiest way to check out the threshold in an area is to use the online tool at nhfic.gov.au/what-we-do/fhlds

Will the scheme help the market?

The limitation to 10,000 buyers has come under criticism from some quarters as it may not be enough to make a real impact on home ownership rates. The scheme may also simply bring the purchase date forward for the few who are close to the required deposit already.

Time will tell what effect the scheme has on the market but, for the people that can access it, there’s no doubt it will significantly cut down the time it takes to save for a deposit.

When the scheme was announced before last year’s election, Scott Morrison was quick to point out that this was not “free money”. He said, “The lenders would still be the ones lending the money. They would still do all the normal checks on the borrowers to make sure they can meet their repayments.”

This is an important point. While having a significant deposit is very important to lenders, it’s not everything. There are other factors and calculations the lender will make to evaluate your financial position to work out how much you can borrow. Especially for buyers new to the industry, it can be tricky trying to find your way through all the numbers needed and knowing which boxes to tick. The other key considerations are working out which lender and loan is right for your individual needs.

That’s where we come in.

Because we work with the lenders every day (and remember, it’s still the lenders that will be providing the loans, not the government) we know what they’re looking for in a loan application. Today’s stricter lending practises also means some lenders are in the market for first home buyers and are competing for new customers with favourable rates and offers. The market is always changing and we’re up to date with these changes.

If you need any assistance, or just have a question about the First Home Loan Deposit Scheme, please get in touch.

The post Is this the year of the first home buyers? appeared first on Affinitas Finance.